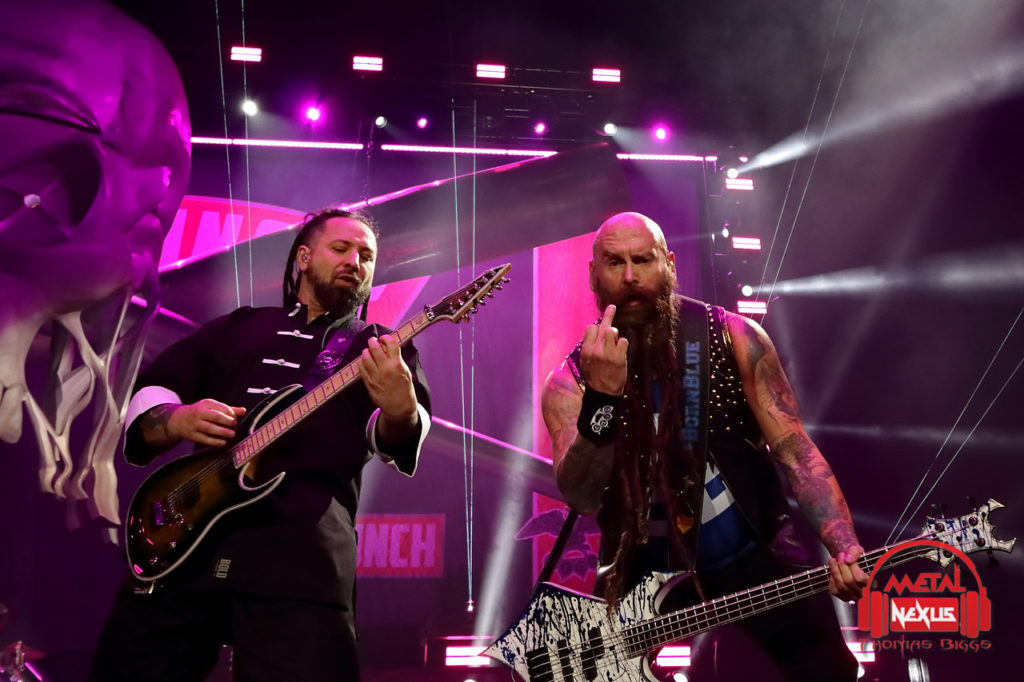 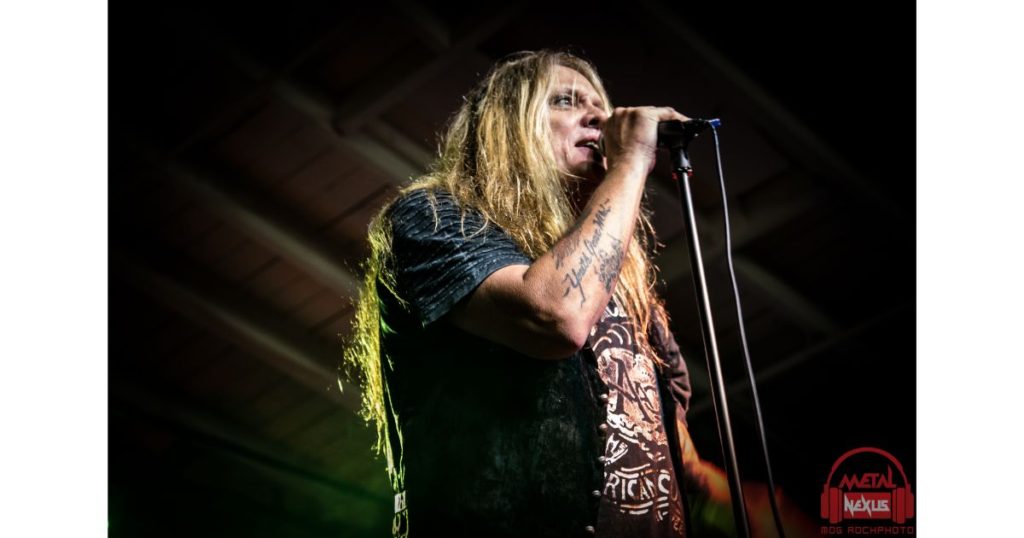 “Good God bless my soul…I need a fix of rock n’ roll”. Thanks to Sebastian Bach, I recently got that fix and got to hear those exact lyrics live again for well, I’m not even sure how many times now. Let’s rewind for a second..

January 24th 1989, 4 dudes from New Jersey, along with a Canadian transplant, released their self titled debut album ‘Skid Row,’ an album that at the time quickly became an album that I could have swore was written with me in mind. At that time a ton pop artists ruled the Billboard charts as well as dominated MTV, rap was just really starting find it’s place in the world and Hair Metal (yep, I said it. Suck it, Trunk) was still in full swing. Headbangers Ball was a staple of every self respecting heavy metal fans’ Saturday night. I was 13 years old, running around with kids that were probably too old for me to be hanging out with and I was already a fucking handful. Cigarettes? Smoked’em. Beer? I had a few by then already. Snuck out and hung with those too old to be friends with friends at all hours of the night? Yep, and even hung out on random rooftops of buildings with my partner in crime, Eddie. No idea why on that last one, but we always had a blast just seeing if we could get up there. You can see where I am going with this..we WERE, the “Youth Gone Wild.” Now we’re just the “Middle Aged Gone..who knows where.” Continue reading → 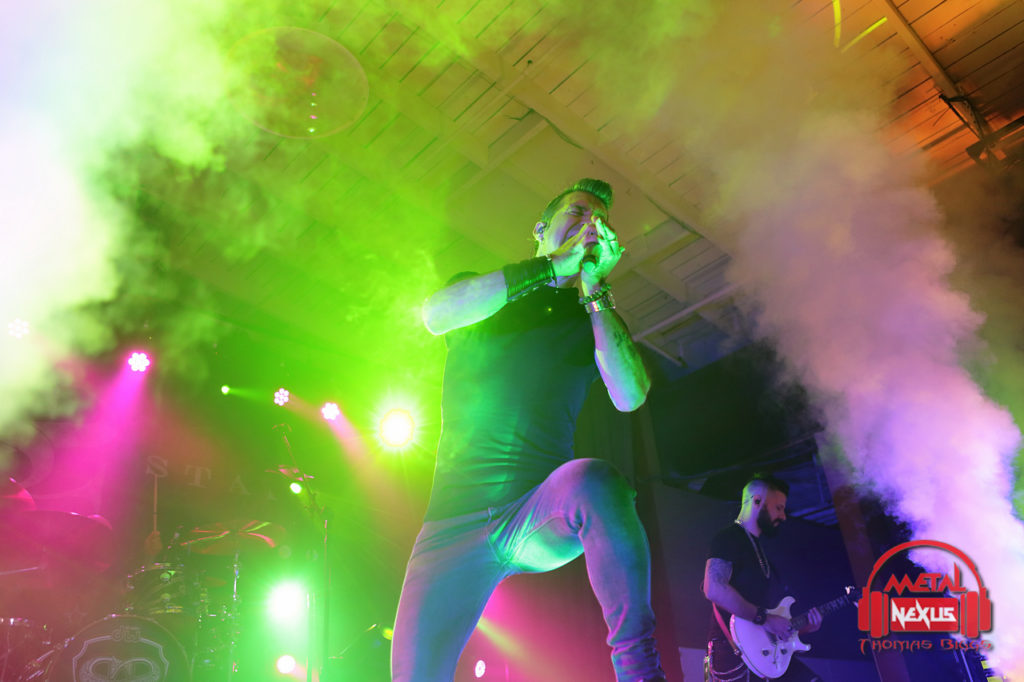 Wednesday night ROCKED in Lexington, Kentucky! Scott Stapp (you know, the voice of multi-platinum selling, Grammy Award-winning Creed, Scott Stapp? Yeah, that one) brought his incredibly talented band along with a couple of equally talented and hard-hitting metal bands, Messer and Weapons of Anew, to Manchester Music Hall. All three bands tried their best to blow the windows out of the building with some loud, aggressive, in-your-face rock n’ roll! It was a good night to be a rock fan in Lexington. Continue reading → 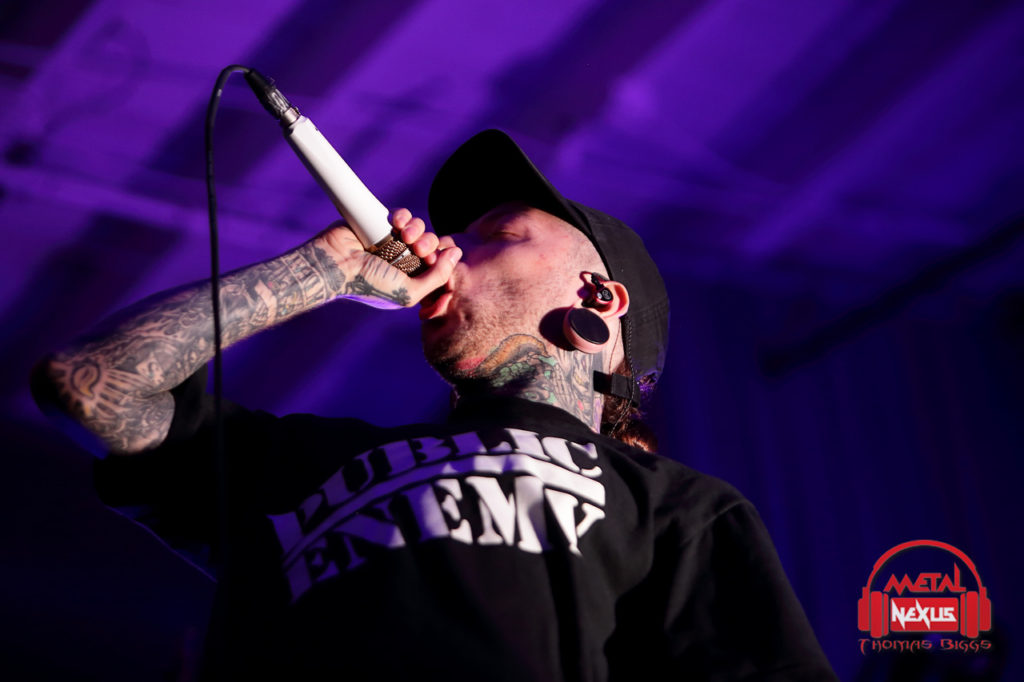 Chelsea Grin brought a truck load of like-minded bands with them on the Eternal Nightmare tour and they were about to destroy Manchester Music Hall with pure unadulterated sonic brutality. Those that were about to receive said brutality were amped up for the metal offerings these five bands were about to bestow upon them! Continue reading → 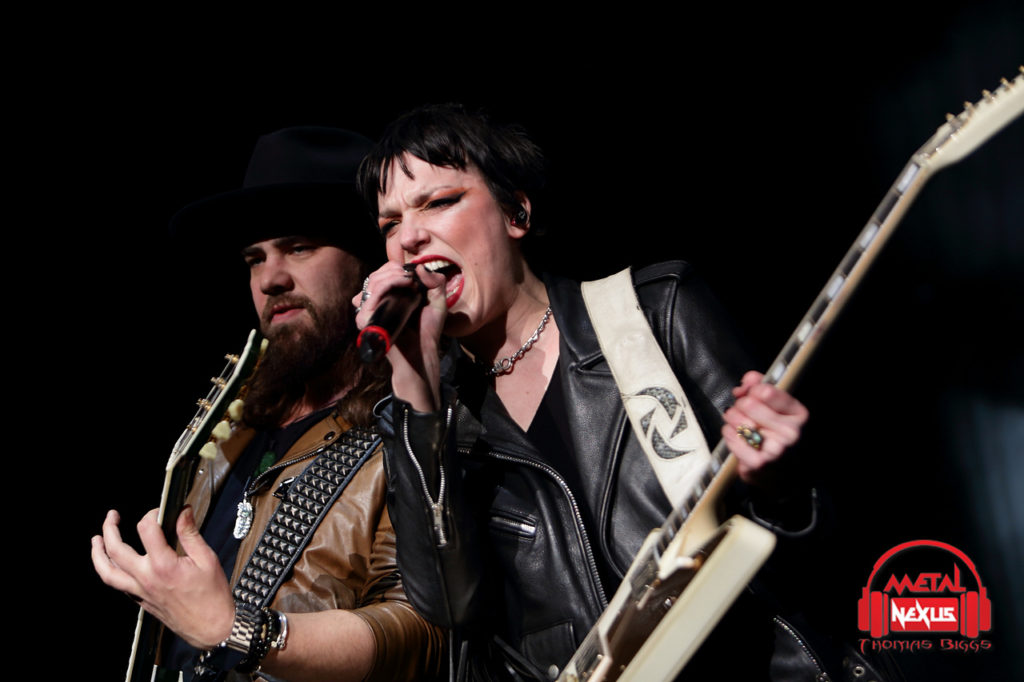 This was stacking up to be an epic night of rock n roll in Lexington, KY. Three of the best female fronted bands touring the country were scheduled to be making a stop at Rupp Arena. Well, that was the plan until word came down that the bus carrying most of In This Moment had broken down. So the night that started with three bands was now down to two, but New Years Day and Halestorm more than made up for it! Continue reading → 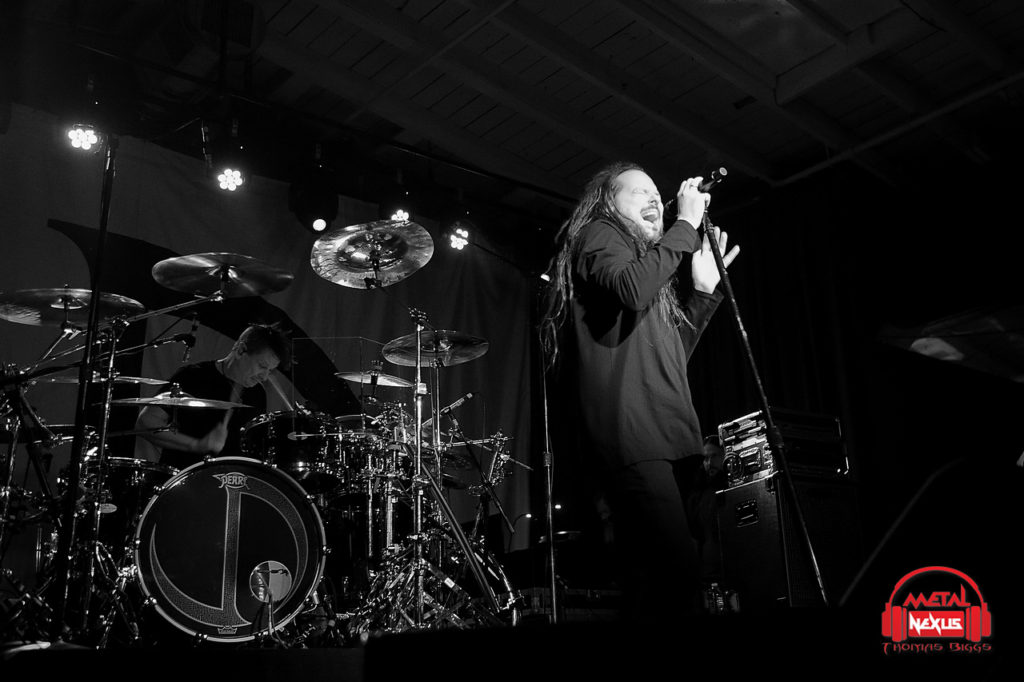 Jonathan Davis of Korn brought his Black Labyrinth tour in support of his solo album of the same name to Manchester Music Hall in Lexington, KY. Julien-K and The Birthday Massacre joined him, tonight was the last show of the tour. If you missed it, you missed a helluva show and by all accounts a helluva tour! Continue reading → 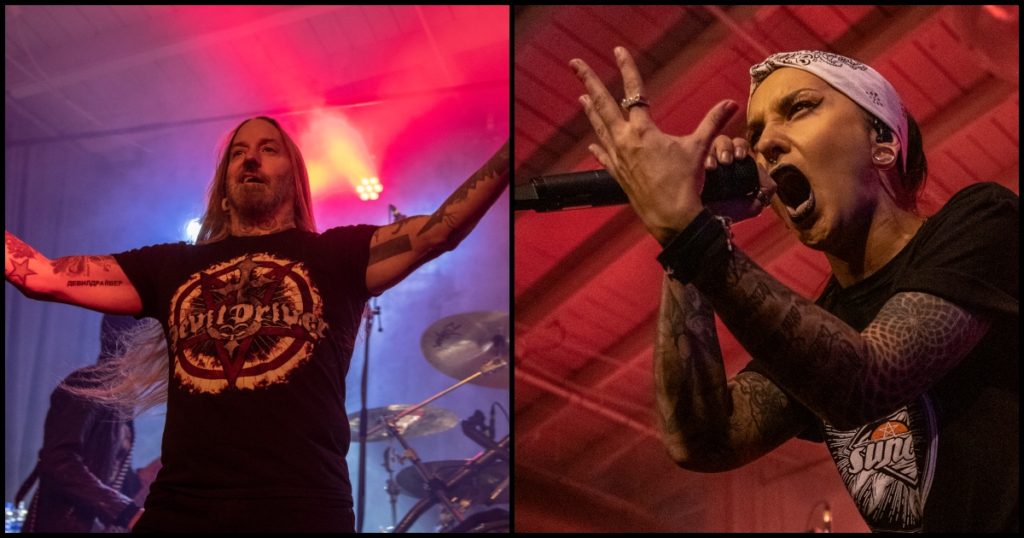 Lexington Kentucky decided to celebrate Halloween a day early as DevilDriver brought their Outlaws til the End Tour to the Manchester Music Hall. The venue has hosted a bunch of hard rock acts in the past year including Sevendust, All That Remains, and Trivium. But it has never hosted a tour this heavy before. In fact, it may be the heaviest tour to ever play in Lexington. 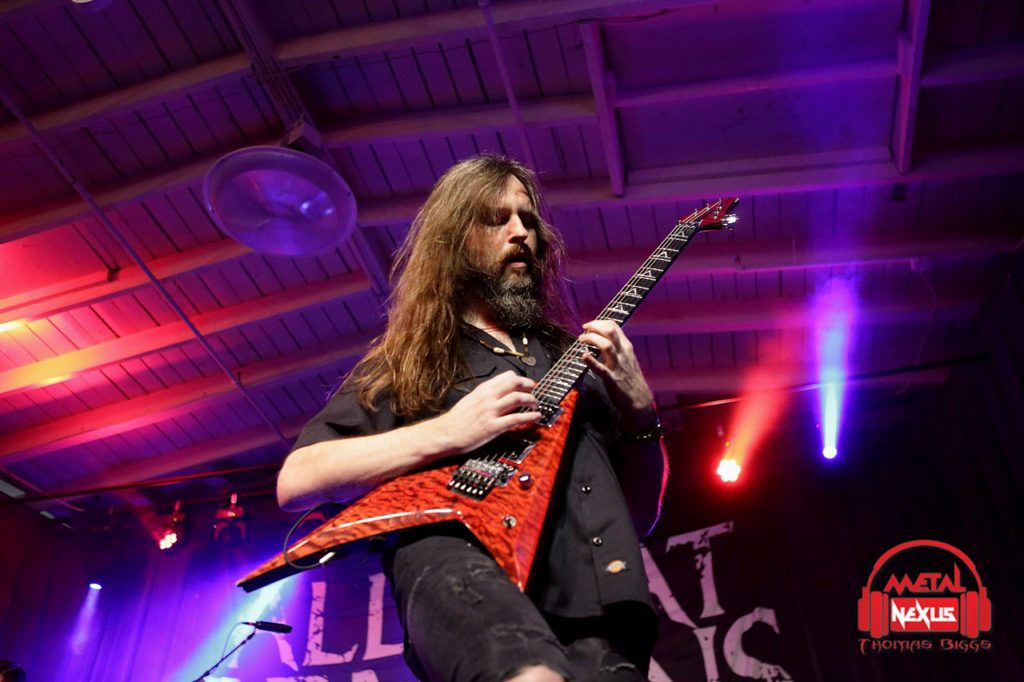 I was writing the review for this show when I heard the news of All That Remains guitarist Oli Herbert’s passing. I had a full review almost completed but after the recent tragic news it was like my whole memory of the night was washed away and all I could recall was Oli shredding away under the lights on stage.  Continue reading → 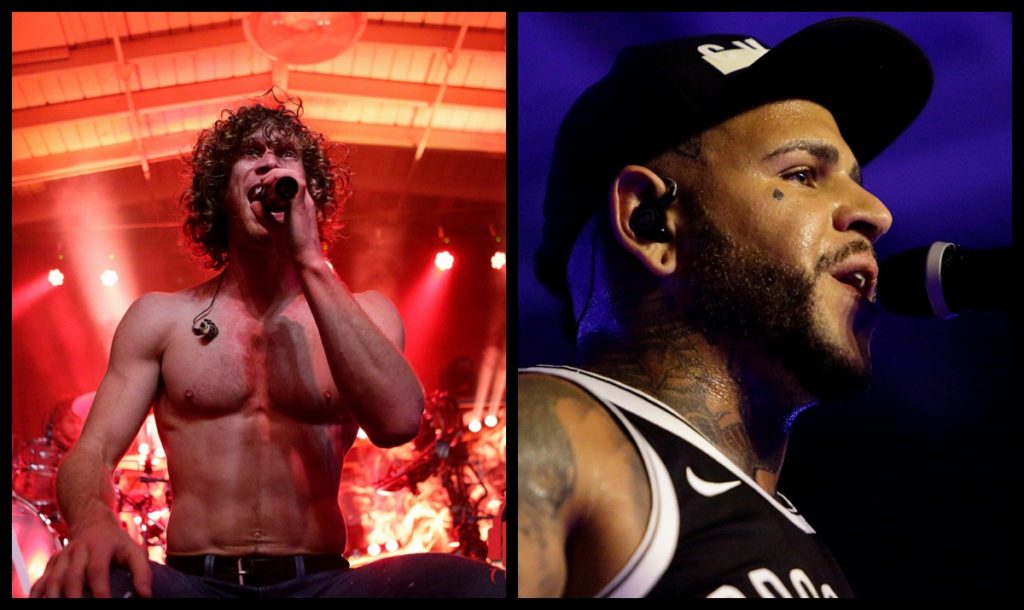 Is there a better way to spend the Sunday night of Labor Day weekend than to spend it with four bands at Manchester Music Hall in Lexington Kentucky? If there is a better way I don’t know what it would be! Nothing More, Bad Wolves, Eyes Set to Kill and Indigo Storm had this sold out crowd rocking from the very first note, it was going to be a great night! Continue reading → 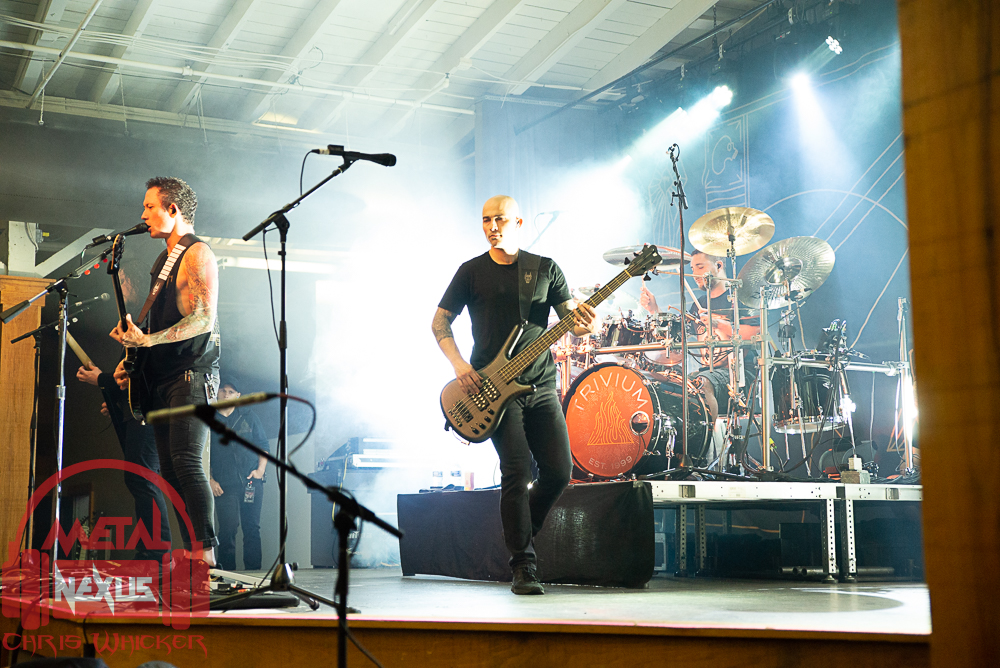 In Early May I got to catch my very first Trivium Concert at Manchester Music Hall in Lexington KY. If you aren’t familiar with Manchester Music Hall, first let me say that its one of, if not the best small concert venues in Central, Kentucky. Prior to this concert, I did a little research on the band. I had heard of the band over the years and had checked out the radio-friendly cuts but I had never really dug into any of the album tracks. One thing I love about listening to tracks off a bands albums 24 hrs before going to see the band really makes me appreciate the hard work, blood sweat, and tears musicians put into making an album. Most bands track songs just for studio cuts while others track just how they would be on stage as if they were performing the songs live. Being a musician myself I can certainly say that in my many years of stage experience less means more. The more backing tracks and other electronic gear you bring to a live show other than whats necessary raises the chances for more shit to go wrong. Continue reading →