While She Sleeps has been keeping the UK metalcore scene alive for a long time now and after the release of ‘So What?’ I believe they will become one of the main players in the entire game! 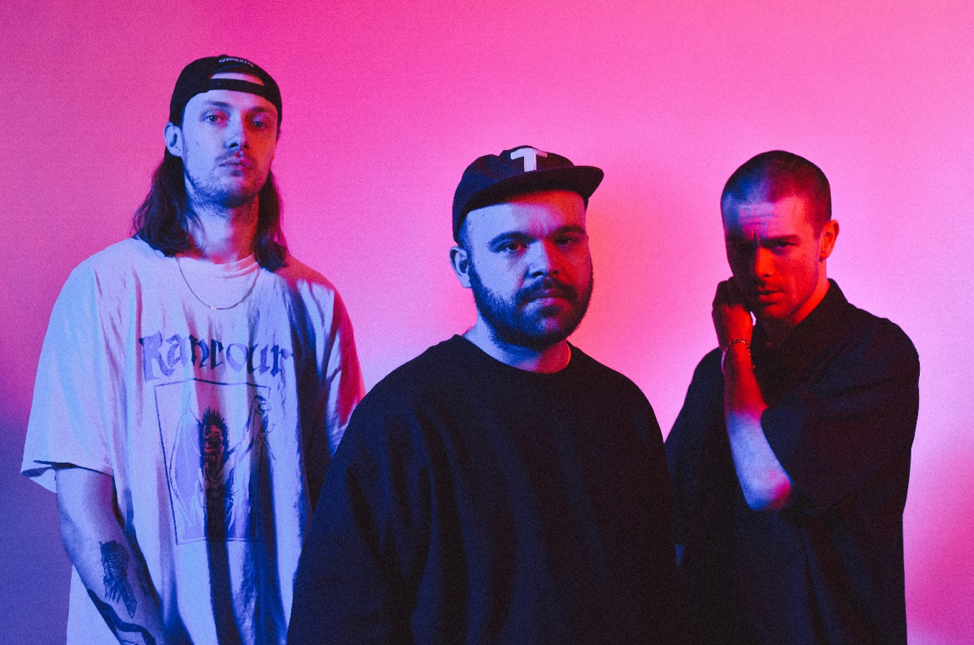 Who thought that combining death metal and pop/rock would be one of the greatest things ever combined? Amaranthe is back after releasing their 2016 record ‘Maximalism’ to continue down a different path while holding on tight to some of their roots. So let’s get right into their upcoming album ‘Helix’ which got released via Spinefarm Records!

Stone Broken was formed in 2013 after one of frontman Rich Moss’ former bandmates tragically died. Almost abandoning music for 4 years, Moss would form Stone Broken with longtime friend Robyn Hancock on drums, Chris Davis on guitar, and Kieron Conway on bass. Their self-released and self-financed EP, The Crow Flies was released in 2014. They then hit the studio again with producer Romesh Dodangoda (Motörhead, Bring Me The Horizon,Twin Atlantic) to record their debut full length, All In Time. Gaining a local following their first full length, there fan base grew rapidly. With tracks like “Not Your Enemy” and “Wait For You” getting airtime on Kerrang! Radio and Planet Rock, the venues became larger and larger. Continue reading →

Asbury Park, NJ natives, Toothgrinder, have been making waves in the metal scene for a while now, sharing the stage with huge names including Meshuggah, Killswitch Engage, Between The Buried and Me, Polyphia, and The Contortionist.  The band consists of Justin Matthews (vocals), Jason Gross (guitar), Matt Arsendorf (bass/backing vocals), Willis Weller (drums) and Johnuel Hasney (guitar/backing vocals).  With an extensive live show resume, and two successful albums, ‘Nocturnal Masquerade’ (2016) and ‘Phantom Amour’ (2017) via Spinefarm Records, one thing is predominantly clear – these guys know what they’re doing. The bands incredibly in depth lyrical content has helped them connect with even more fans as their music has progressed since their earlier releases. They have adapted somewhat to the taste of modern fans and began to increase the amount of vocals in their tracks going from essentially an instrumental band to the group we see today with amazing harmony and hooks in their chorus that garner our attention and have us singing along for days upon days. Toothgrinder has already hit the road this year with Bullet For My Valentine and Trivium, the tour kicked off on May 1st in Knoxville, Tennessee and will wrap up on May 18th in Stroudsburg, PA. The band has also made some festival appearances this year as well, and Welcome To Rockville in Jacksonville, Florida was officially the bands first festival appearance followed by Fort Rock in Fort Lauderdale, Florida, then Carolina Rebellion on May 5th and next weekend the band will perform at Rock On The Range in Columbus, Ohio. Toothgrinder is truly coming into their own and receiving the praise that they very much deserve the gentlemen that make up this band are still very much down to earth and care immensely about their fans. They stand behind the lyrical content they put out and they truly want to spread a message that is empowering to the listeners. Their music is already a dominating force to be reckoned with, but when you hear them talk about how they want to be there for their fans and how meaningful fan support is to them it makes you respect the people behind those instruments even more.  Continue reading →

Huge fan of Entheos right here, so when we got the opportunity to review the new album Dark Future on Spinefarm Records and due out November 10, 2017, I staked claim on it within seconds of the promo email hitting our mailbox. I have been waiting to hear this thing since speaking with vocalist Chaney Crabb last year while touring in support of their last full length album, The Infinite Nothing. She stated that any new music was going to be “more weird” and “experimental” as time progresses. Thankfully, she and the rest of Entheos has made good on that promise with Dark Future. Continue reading →

Anti-Flag is an American punk rock band straight out of Pittsburgh, Pennsylvania. The band is well known for political activism, focusing on anti-war activism, anti-imperialism, class struggle, human rights, and various sociopolitical sentiments. Anti-Flag is also known also for their advocacy of progressive political action groups such as Greenpeace and Amnesty International. Most recently, the band has declared solidarity with the global Occupy Together movement. The line-up includes Justin Sane (Singer/Guitarist), Pat Thetic (Drummer), who both founded the band and later members include Chris Head (Guitarist),and Chris Barker (Singer/Bassist).