Brazil-based rock vocalist/instrumentalist VIOLET ORLANDI, has gained viral recognition with her precocious abilities and edgy renditions of heavy metal/grunge/dark/rock artists like NIRVANA, DISTURBED, NINE INCH NAILS, and more, garnering over 860k YouTube followers and 100 million views since beginning in 2016. Notably, her cover video of THE CRANBERRIES ‘Zombie‘ has received over 12 million views since it was uploaded back in 2018. She has been putting out new videos every Sunday, and most recently her take on “Ain’t No Sunshine,” featuring MELODICKA BROS, already has over 100k views since its release on March 7th. Now, Orlandi has written and recorded her original debut, ‘High Priest Daughter‘ (out 5/28/21), an intimate look at the most difficult times in the songwriter’s life.

She states, “High Priest Daughter was written over the darkest period of my life. I didn’t even know I was doing it but writing these songs definitely helped me exorcise some of the demons that were taking over my life at the time. I started writing the album a year before my mom passed away and finished it a year after her death. Even though the album doesn’t sound as depressing as it seems, it explores death and coming to terms with it, depression, trauma, and a healthy dose of nihilism.”

The 26-year-old guitarist and singer, originally from Sao Paulo, Brazil, has been singing since she could speak. Orlandi began taking singing and guitar lessons in her teens and fell in love with rock music. After a multitude of different bands and projects where she developed her identity as a singer-songwriter, and graduating high school, she went on to study abroad in London and lived there for 5 years, ultimately getting a degree in songwriting.

Stay tuned for more from Orlandi as she prepares to make a stamp on the rock world with ‘High Priest Daughter‘ and rises to the ranks of the artists who inspire her.

Meanwhile, check out her single ‘Kill Her‘, which is nothing short of special. With acoustic guitars setting the rhythm, the drums providing the stomp, and especially her towering and strong yet melodious voice, Violet manages to keep up the standard she has set for herself and also amongst the peers in the industry. It is a fresh new tune, a fresh new forthcoming album and an enigmatic artist that we all that we all need to keep an eye out for. We love the new tune, do you? 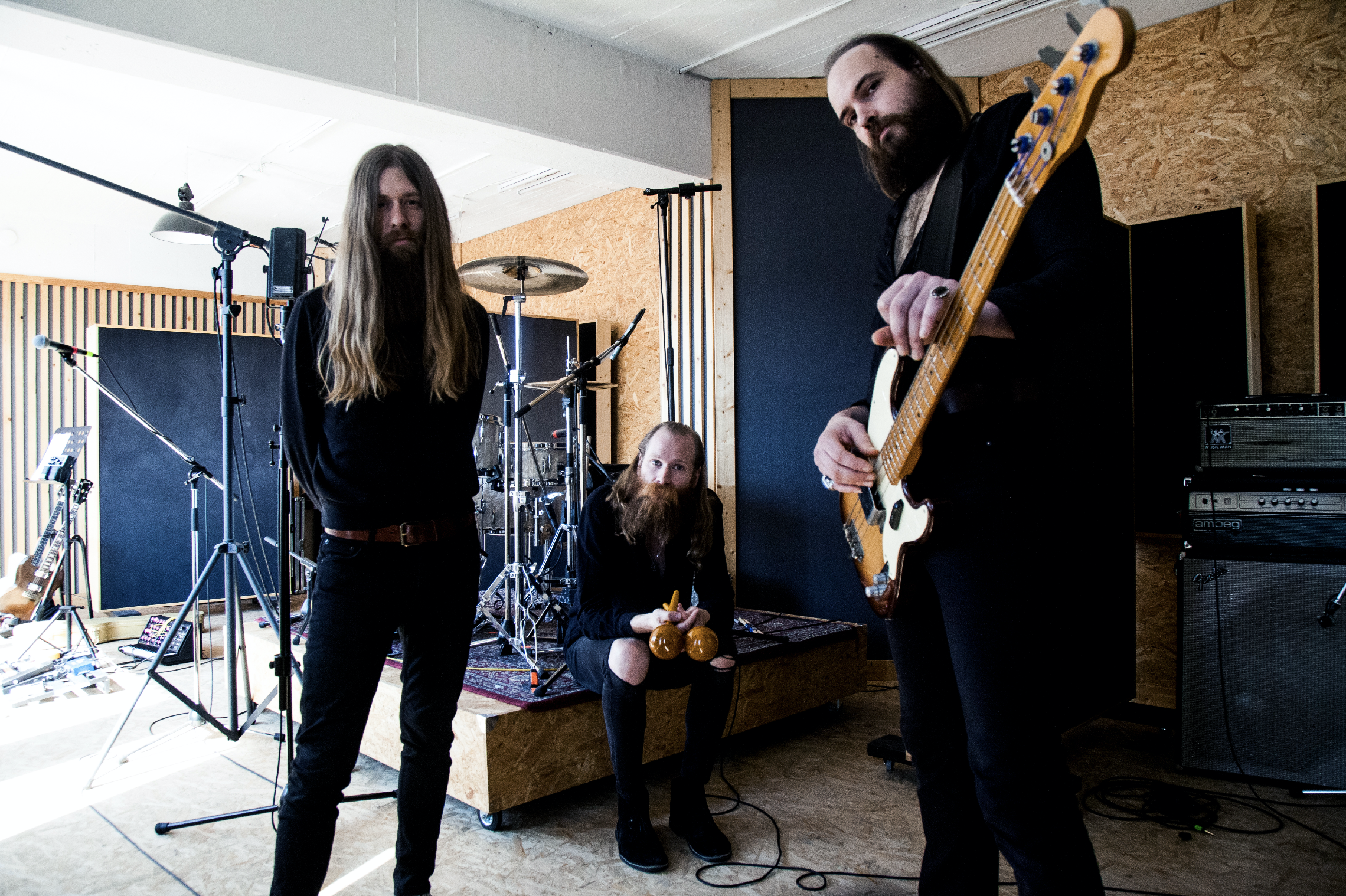 German rockers Kadavar have re-signed with their longtime label, Nuclear Blast and are currently working on a new record. Being with the label 7 years, Kadavar has released three studio albums, touring the world over furiously. Continue reading → 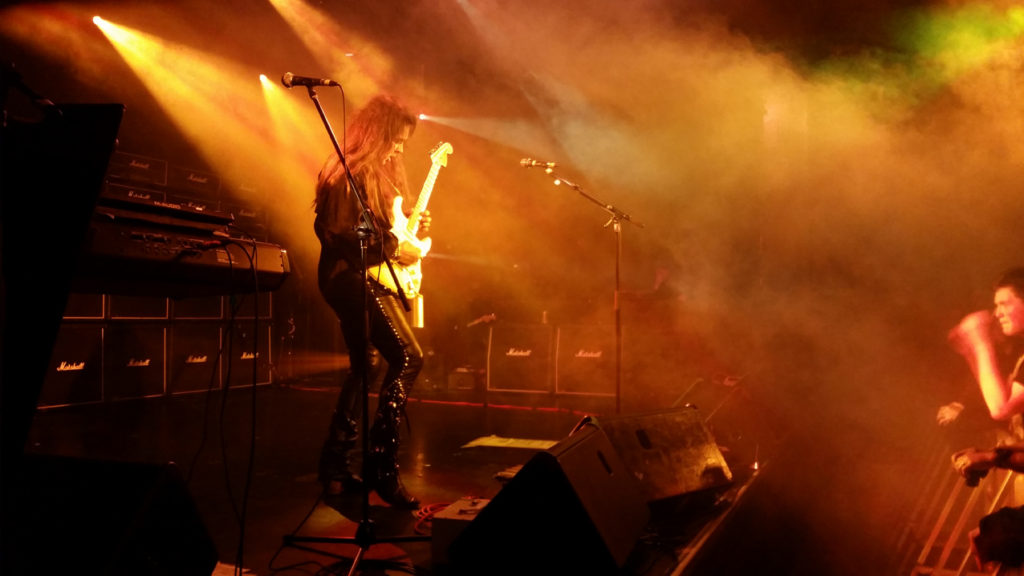 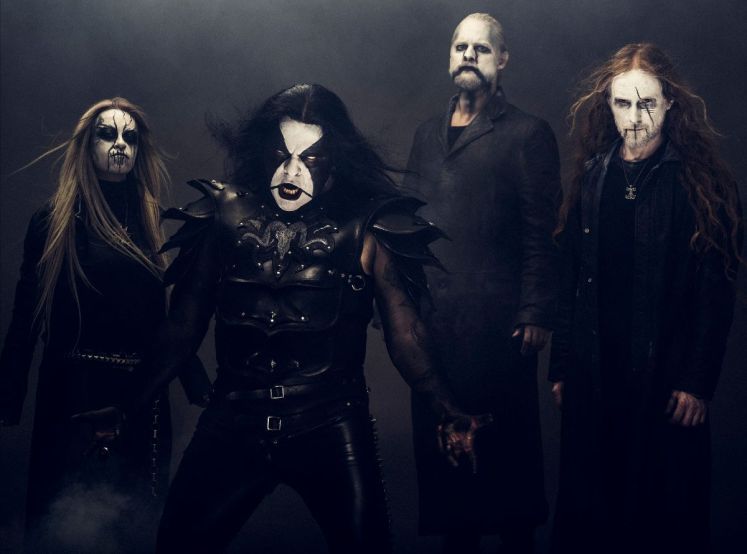 Norwegian black metal stalwart ABBATH is back after a gap of three years, with their sophomore new album, ‘Outstrider‘. The upcoming second full length is scheduled to be released on 5th July, 2019 under the French label, Season of Mist. The first sneak peek you can get is in the form of an album teaser clip that the band has released, where a short section of the new tunes can be heard. Check out the same down below.

American doom metal Godfathers Saint Vitus will be releasing their ninth studio album ‘Saint Vitus’ on May 17 via Season of Mist.  The album art, track listing, and details can be found below! Continue reading → 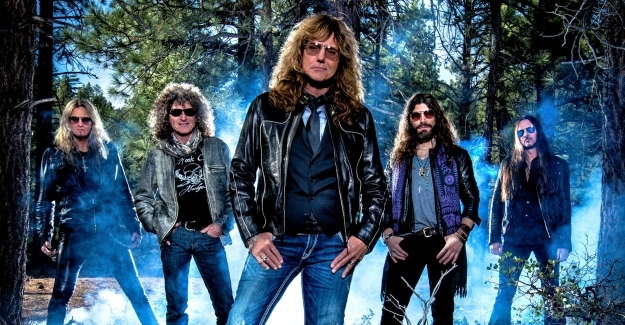 Since the late 1970’s Whitesnake has released a dozen albums and this year is gearing up to welcome another one. “Flesh & Blood” is set to unleash a thirteen new song on May 10, courtesy of Frontier Music Srl, an Italian based label on CD, LP, streaming and for digital purchase. Continue reading → 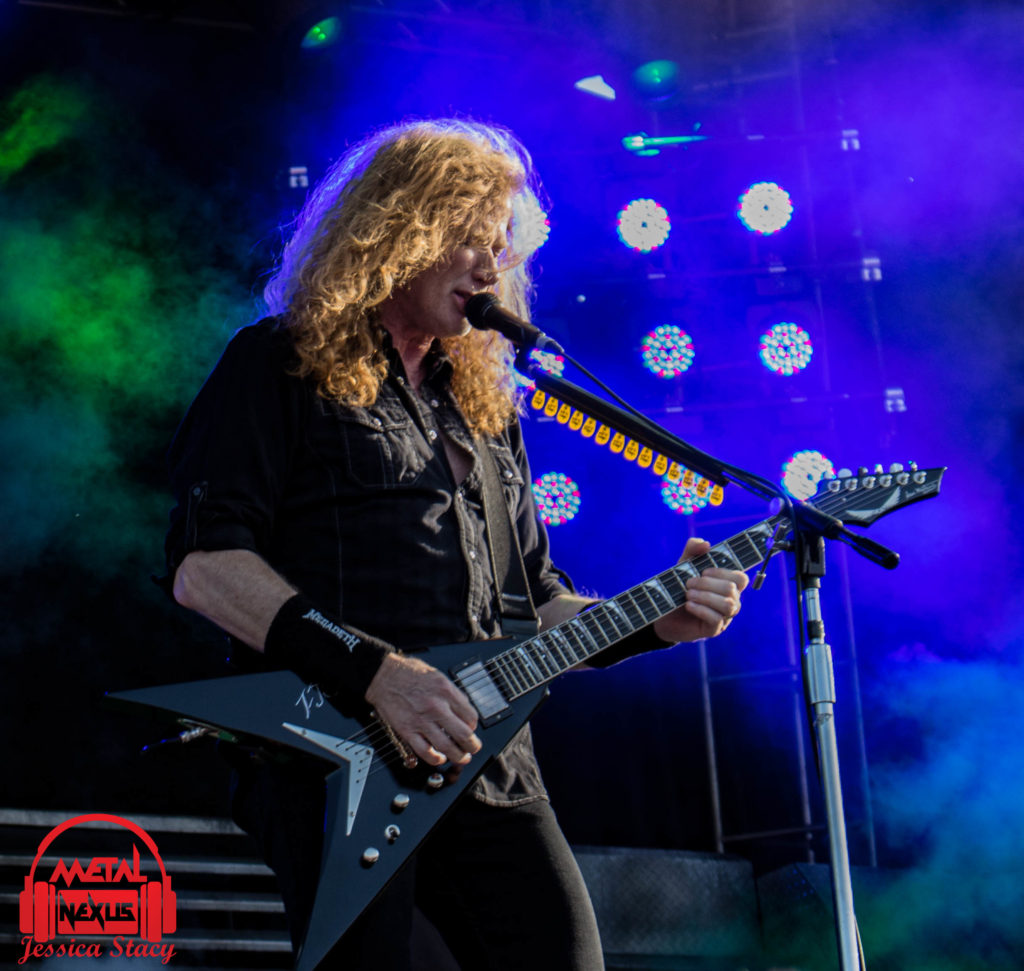 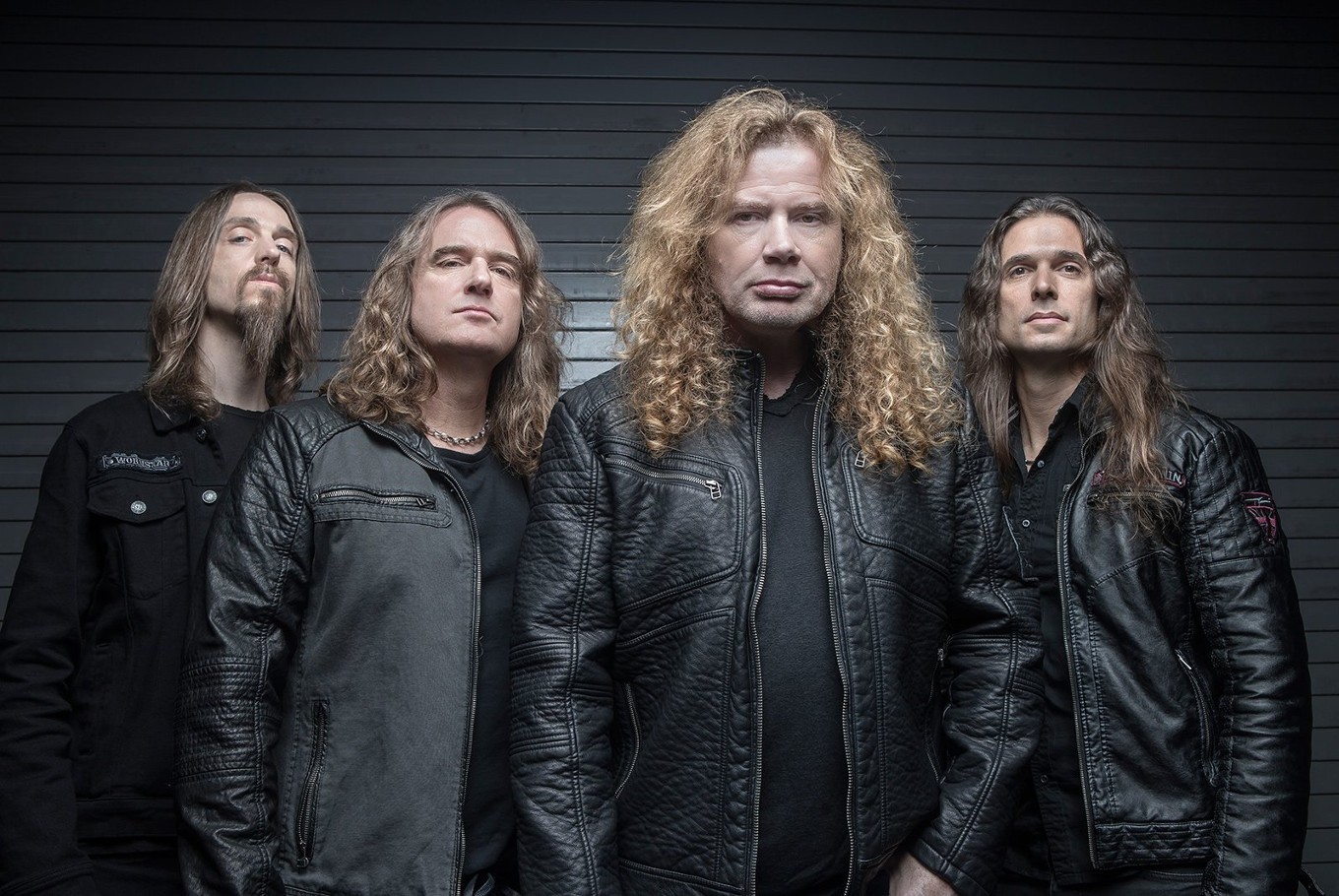 Today, our drummer @VerbeurenDirk and I start @Megadeth Album 16 with Dystopia co-producer and @Grammy winning partner Chris Rakestraw at my side again. No Rest For The Wicked! (relax…that’s not the new title). ? 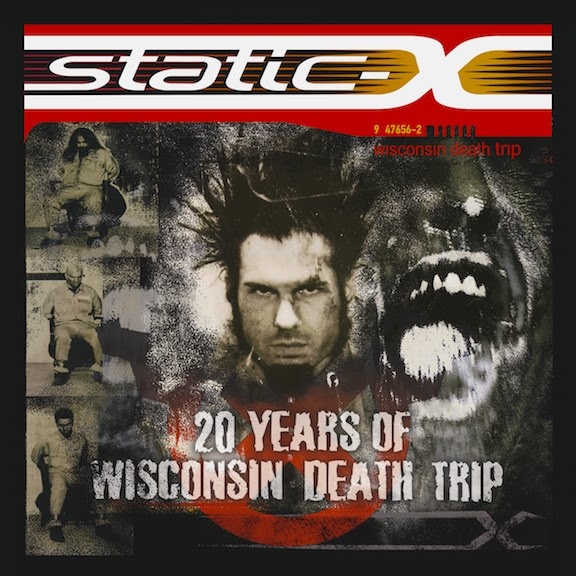 Static-X are reuniting with the original lineup to commemorate the 20 year anniversary of their successful debut album Wisconsin Death Trip. Bassist Tony Campos, guitarist Koichi Fukuda and drummer Ken Jay have teamed up again to release Project Regeneration, set to hit shelves and streaming services Spring 2019. The band has also planned a world tour to support the album and to honor their late frontman, Wayne Static, who passed away November 1, 2014. More information on the tour dates will be coming soon. 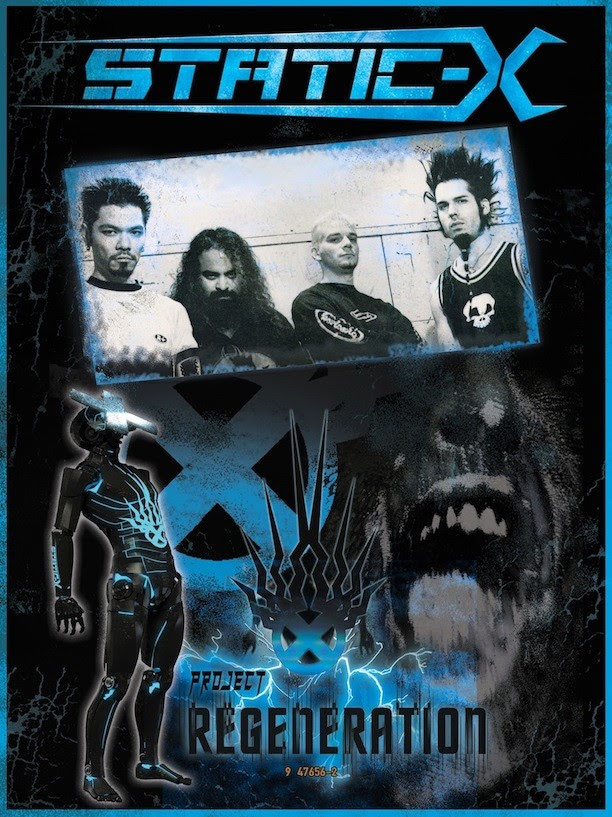 Bassist Tony Campos explains, “With the 20th anniversary of Wisconsin Death Trip quickly approaching, it feels like the right time to pay our respects to the band, to Wayne, and to all the fans who have been with us right from the start.” says bassist Tony Campos. “We had a lot of material to work with… several demos that Wayne left behind, as well as some really great isolated vocal performances from some nearly finished songs. Together, we have been writing and crafting something very special!”

You can check out teaser clips from a new music video, featuring brand new Static-X tracks, “Road To Hell”, “Something Of My Own”, “Terminator Oscillator”, “Hollow” and “Disco Otsego” – along with a personal message from bassist Tony Campos about the inspiration behind Project Regeneration now here. For the unfinished tracks, guest vocals will be laid down by friends of Static-X. This process is being brought together by Sirius XM pioneer Jose Mangin, who is also credited as an executive producer of the project.

Campos says, “We have confirmed interest from our friends David Draiman, Ivan Moody, Al Jorgensen, Dez Fafara, Edsel Dope, Burton C Bell, and a few others,” says Campos. “Unfortunately, due to everyone’s crazy schedules, it is a little early to know how things will shake out. We are more than confident that the album will have some incredible guest vocalists, but it should be noted that it is still too early to count anyone in 100%.”

“This is a celebration of STATIC-X, Wisconsin Death Trip, Wayne Static, and all of our fans,” adds Campos. “We are very excited about what we have created, so we wanted to involve the fans early, and in a campaign sort of way, so that they can participate with us and help to dictate some of the things that we do.”

Preorders are available for Project Regeneration, which comes with their name appearing in liner notes of the new album. Other special preorder options include merch bundles and several old school Static X merch to celebrate the anniversary of Wisconsin Death Trip. Preorders are available here. Static-X also plan on doing multiple video updates via Facebook Live chats over the next few months to keep the fans involved and updated on the process. To keep up to date on Static-X and their return follow them on Facebook, Twitter, or their website.