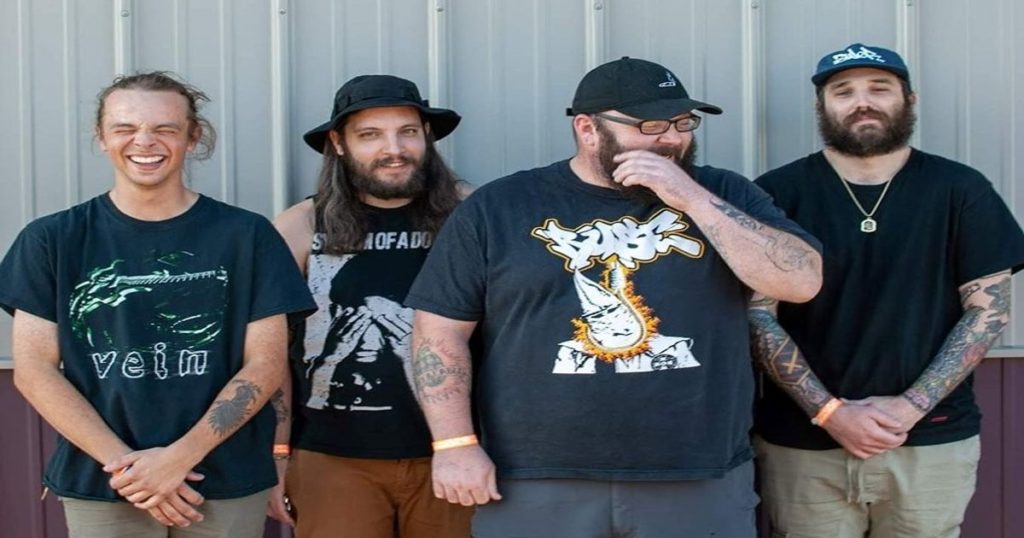 Swing Low are a 4 piece Hardcore band from Fargo, North Dakota. These guys would make any old school hardcore fan proud with the music they have created. They include the basic elements of hardcore, but they also include their own spin and a modern take as well making them more unique than your average hardcore band. Fargo is one lucky city to have these guys playing shows around that area. Swing Low released their debut EP ‘MMXIV’ on September 21, 2014. The album was recorded at Howl Street Recordings by Shane Hochstetler (Satan’s Dealer, Corpse Donor, Speed Freaks). They followed that up with another EP titled ‘Learned Ignorace’ which released January 25, 2016. This time the band recorded with Aric Ficek at Winterland Studios. The next release by the band came on July 10, 2017 in the form of a split with the band War Prayer. Swing Low contributed two songs to the split including “Malice” and “Regression.” When the band was in the studio recording for the split they also recorded an additional track which they held onto for 6 months and released on January 6, 2018. The single was a cover of Disembodied’s “Gone.” Disembodied is a hardcore punk band that formed in 1995 in Minnesota. They reunited in 2008 and 2 of the founding members also formed Martyr A.D. when the band originally broke up. Last May Swing Low released 2 tracks on what they called the ‘Summer Promo.’ The two tracks include “Death Tax” and “Built From Shame” and is the most recent release from the band. One thing to note is that the band has recorded every release in a different studio and producer/mixer. I believe this has aided in keeping their music fresh and allows them to let their music progress.

The band recently performed at the inaugural Northern Rage Festival on July 20th in Bismarck, North Dakota alongside some Midwest heavyweight bands. Headlining the festival was fellow North Dakota band and Nuclear Blast talent Ghost Bath and supporting acts included Frosthelm, System Victims, Body By Torture, Maul, Zealot and a few more. Swing Low also has an upcoming performance at the two day festival Snow And Flurry on November 8th and 9th in Burnsville, Minnesota. Headliners include Merauder, Leeway, I Am, Advent, Low End and Stepping Stone. Listening to one of their most recent tracks “Death Tax” the song takes me back to the glory days of hardcore. The song has everything you could ask for in a hardcore song. Shredding guitars, lightning quick drumming, aggressive rapid pace vocals and even a bass solo. I’m a sucker for a bass solo and it’s something we don’t often get a chance to hear. Going back and listening to the bands debut album you can hear where the band has progressed and how much better their song writing has gotten better. But, don’t get me wrong these guys were talented and producing some killer hardcore hits from the very beginning. One thing I notice is that the newer tunes allow some space in the songs that allow the instruments to breath and the songs aren’t filled with constant chaos. I could honestly listen to their whole discography on repeat without skipping a song. Swing Low do no wrong in my eyes, or should I say ears? How these guys aren’t signed to one of the top labels and on the national touring circuit i’ll never know. If you are a fan of hardcore don’t overlook these guys, once you hear them you will regret not finding them sooner.