KNOCKED LOOSE On Fans At Their Shows “Do Whatever You Want, You Paid To Be Here.” 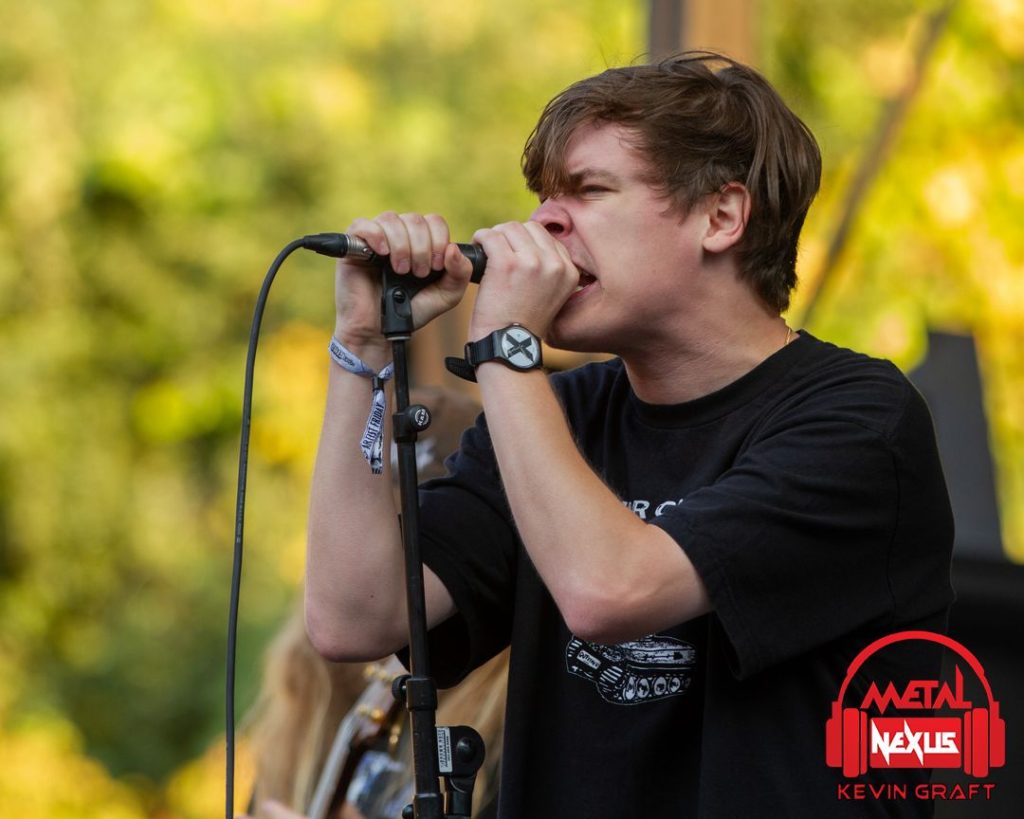 Have you ever just been standing there, minding your own business when someone kicks you right square in the teeth? That’s exactly what Knocked Loose sounds like. These riffs are so grimy and down tuned so low that the neck of the guitar might as well snap due to lack of tension. They make you want to take a bite out of the sidewalk.

The band is the pride of Louisville in the Bluegrass state of Kentucky. Knocked Loose has been cranking out filth since around 2012 with their current lineup. Lead by vocalist, Bryan Garris, Cole Crutchfield and Isaac Hale on guitars, Kevin Otten on bass and on drums, Kevin Kaine. Their hardcore revival outfit is currently signed with Pure Noise Records. Their debut album ‘Laugh Tracks’ was released in the fall of 2016. It was masterfully produced by Will Putney of Fit For An Autopsy whose done work with Body Count, Every Time I Die, Thy Art is Murder, etc. The band kicked the doors in of the hardcore genre with the release of their Sophomore album ‘A Different Shade Of Blue’ which released on August 23rd of this year again via Pure Noise Records. Nearly every critic, website and hardcore fan has expressed that this album so far is one of the best releases in 2019 and I couldn’t agree more. If this sophomore release isn’t the best release of the year with a bullet its at least in the top 5 and by far the best hardcore album of 2019.

At this years Louder Than Life festival in Louisville, Kentucky we had the pleasure of speaking with Knocked Loose vocalist Bryan Garris. It was a special bonus to be speaking with Bryan at what has now been declared the largest rock festival in the country which also happens to take place in the bands hometown. Bryan and I talk about the bands new album and what he originally thought about the album upon finishing the recording process. Louder Than Life was launched about 5 years ago in the bands hometown so they have seen the buses roll into town and play the festival which has grown into a massive annual event with over 128,000 in attendance this year. The Knocked Loose front man and I talk about what it means to be able to play such a large festival in their hometown and how he has looked forward to playing the festival since its inception. Bryan talked about the bands end of the year tour in Europe. He talks the inspiration behind the album title ‘A Different Shade Of Blue,’ and that he didn’t really think the album was anything spectacularly special once it was completed. Bryan also talks about people telling them they are too big to play living rooms now to which he replies “We’ll literally play anywhere.” You can see the entire interview below.