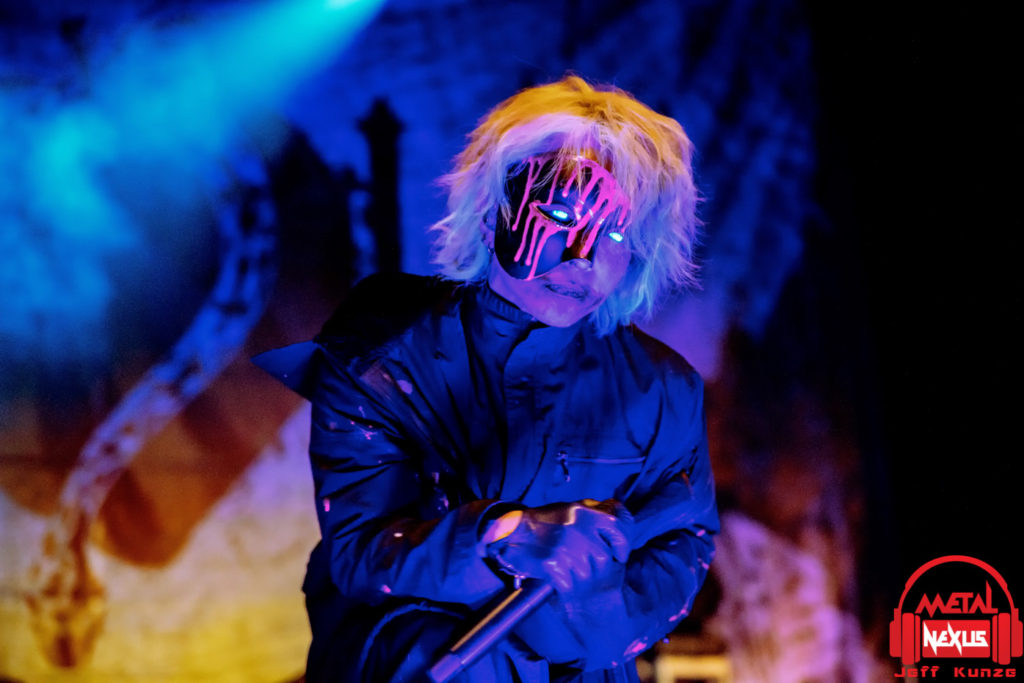 Hyde is best known as lead vocalist of the rock band L’Arc-en-Ciel as well as the lead vocalist of Vamps. L’Arc-en-Ciel was founded in 1991. From 91′ until 2000 the band released 8 albums. In 2001, the band went on an unofficial hiatus as each of the members began work on solo careers. The band reunited 3 years later and have went on to released another four albums the latest ‘Butterfly’ released in 2012. Vamps was formed in 2008 with Hyde and K.A.Z. (Oblivion Dust, Hide With Spread Beaver). Just a year after forming the band went on an international tour including 10 dates in the U.S.. They have released four studio albums, the last of which was ‘Underworld’ released on April 26, 2017. The band has also released 12 live concert dvds one of which includes an MTV Unplugged performance in 2016. All of the bands singled charted #8 or higher in Japan. Hyde and Vamps have amassed a huge following in Japan and some of that fandom has trickled down into the United States with his fans here being very passionate about his his music. On December 1, 2017, Vamps announced that they were temporarily ceasing all activities; and released the statement “Our engines have overheated and we need some time to cool down. As soon as we are at our best temperature and the time is right for our return, we plan to kick back into action in top gear!” Hyde released his first solo album, Roentgen, on March 27, 2002. An overseas edition featuring English lyrics was released in July the same year. He just released his new solo album ‘Anti,’ his first solo album in 10 years. ‘Anti’ is Hyde’s fifth solo album. Hyde in recent years has made appearances on the American festival circuit with Vamps and also went on a U.S. tour with I Prevail in 2017. Now as a solo act Hyde has been on tour supporting In This Moment and Light The Torch as well as making festival stops at Welcome To Rockville in Jacksonville, Florida and Epicenter Festival in Rockingham, North Carolina as well as a few headline dates in Chicago, Los Angeles, and Boston.

We had the opportunity to speak with Hyde through his translator after his performance at the inaugural Epicenter Festival in Rockingham, North Carolina. We talked about his current tour opening for In This Moment and Light The Torch. He also talked about his performance being cancelled the weekend prior at Welcome To Rockville in Jacksonville, Florida due to severe weather. Hyde was recently interviewed on CNN where he stated he wanted to be a pioneer in bringing Japanese rock music to America. We talked about what his plans were to make that dream a reality. Hyde and I also talked about the difference between singing to American crowds in Japanese and singing to Japanese crowds in English. Of course Hyde is very well known for his other project Vamps, so we talked about the difference between the two bands, and he stated going solo allows him to work with a variety of different artists and producers and additionally he feels more free going solo. He also mentions he will be coming back to the U.S. for another tour in September. You can watch the entire interview below.