Review: YALDABAOTH ‘That Which Whets the Saccharine Palate’ [Album Stream] 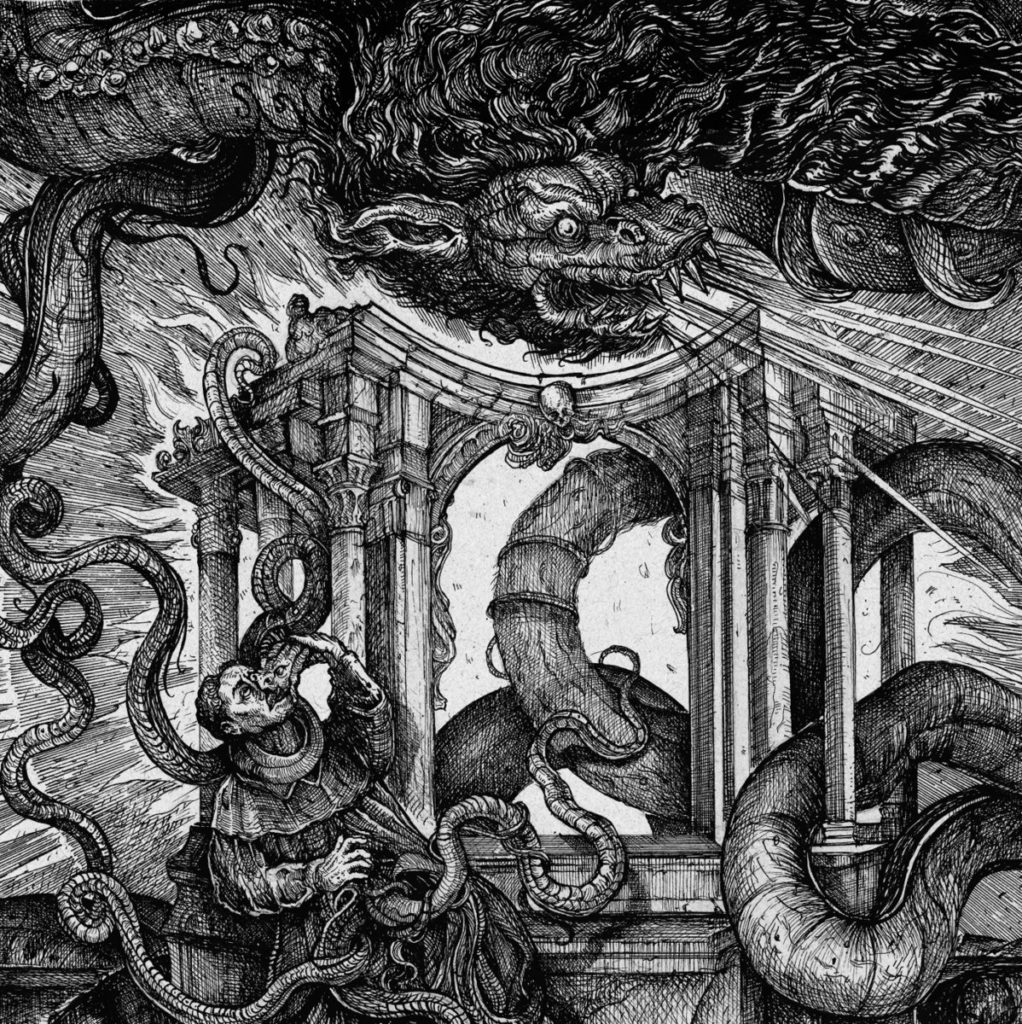 Alaska, The Last Frontier. Home to savage elements and captivating landscapes, but also home to a bleak Black Metal Underground, and by underground I mean you basically need to venture out into the tundra with a shovel to find some of these bands. Thankfully Alaska is also the place I call home so I’m here to shed some light on an otherwise dark and unseen niche.

Yaldabaoth is a Black Metal outfit from Anchorage Alaska with undisclosed information regarding contributing members that combines atmospheric elements with a dashing touch of primal ferocity and a bit of what could almost be called an avant-garde, satirical, and non-canonical approach to satanic rite and religious malcontent.

Emerging from the frozen tundra early in 2018 Yaldabaoth recorded their debut album ‘That Which Whets the Saccahrine Palate’ via the local label Lycaean Triune which from what information I’ve been able to gather was released early 2020. Full of unforgiving cruelty, Yaldabaoth unleashes utter chaos with a raw, noisy, yet well produced sound full of depth, a wide variety of shrieking high screams and bellowing gutturals amidst blistering drums and scathing fret-work giving them a feel both reminiscent of their European counterparts, and the ability to stand alone. Satirical, exaggerated, but concise points of view are within the grasp of the listener  and adds a bit of odd novelty to set this act apart from the crowd in my opinion, and a driving factor in what made this album such a monumental achievement to my local metal community. Unpredictable songwriting allows you to listen and become entranced in the music but also allows for a thrilling experience.
The album’s intro track “Fecund Godhead Deconstruct” starts off with an unexpected calming dissonance that rapidly trumpets into a fierce assault of cold animalistic wrath. With an almost primitive efficiency the lyrics spin a visage of death and decay, forests littered with the corpses of man, overrun and taken over by the natural order, returning to the dust from whence we spawned. 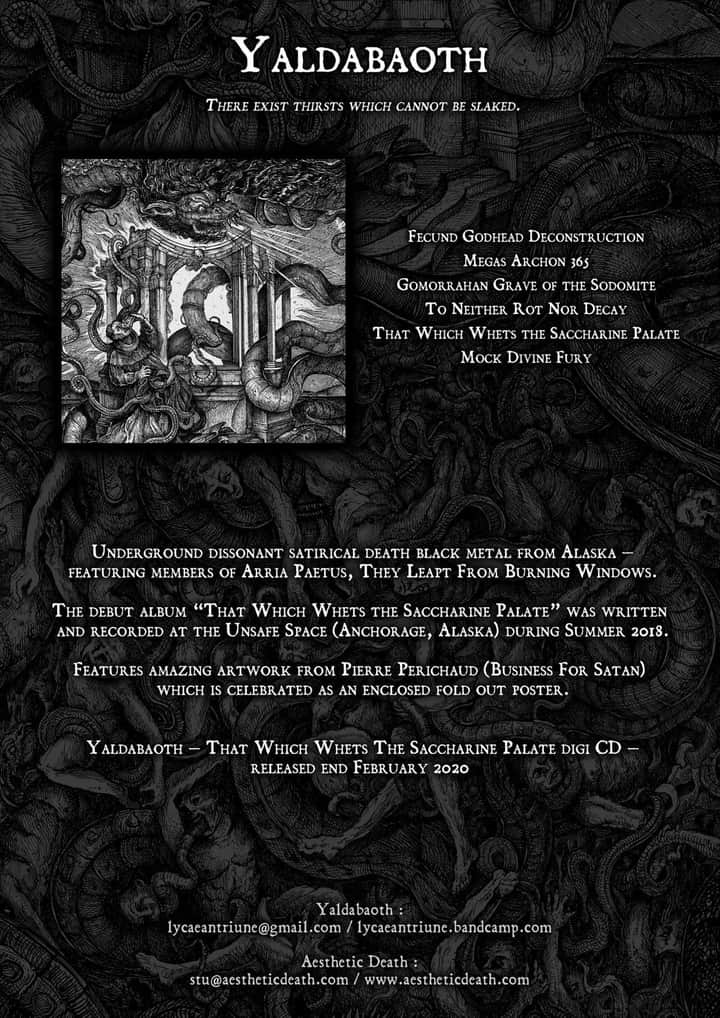 “Megas Archon 365” a scalding ode of intrinsic reflection and casting of the shackles of theist bondage and servitude. From its origin, to termination this track is cruelly calculated, cunning and unrelenting even as it cascades into periods of tranquility between lyrical phalanges, paying heed to the construct of inner awakening and the removal of divine obligation. “Gomorrahan Grave of the Sodomite” is a long-winded, depraved, and technical affair that begins with an unsettling, and forbearing fluidity quickly evaporated by the flames of heresy and disdain. Discordant, mad, tranquil, beautiful, livid and afraid this track is complex and full of raw emotion, as unpredictable and unforgiving as the storms of Grecian lore, and with an eerie melancholia.

“To Neither Rot Nor Decay” the tale of Attis, an entity priested by eunuchs, and consort to Cybele in Greek and Phrygian mythology. Atmospheric and bleak this track pays homage to the god of vegetation, and through images of self mutilation, death, and resurrection personifies the changing of the seasons and winters lasting embrace. Ambiant and atmospheric dread paired with deep gargling vocals, and powerful strings with a hauntingly beautiful meander produce a disgusting air of contempt, and frame this instrumental focused mid album piece leading into the album’s title track. 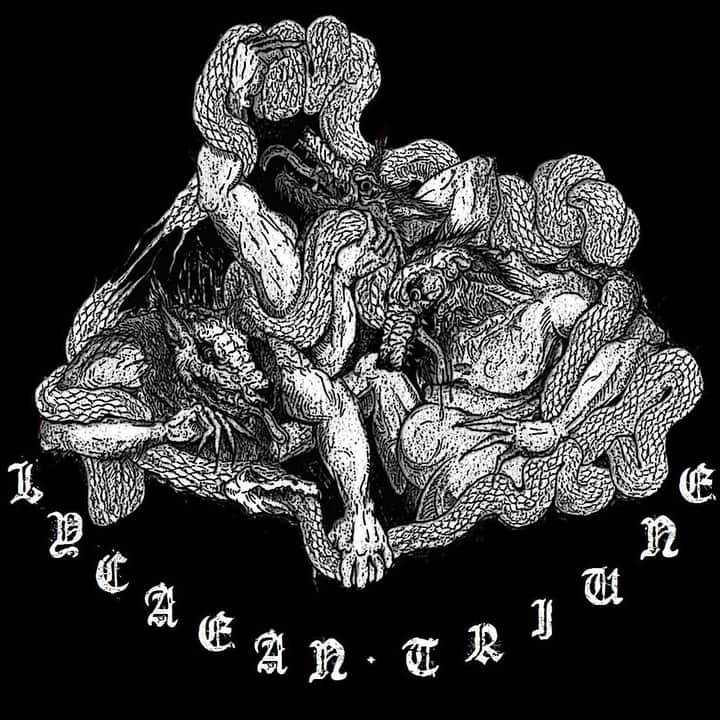 “That Which Whets the Saccahrine Palate” is a fervorous and seemingly personal glance at intrinsic struggle and profound revelation, or is it self deprecation disguised as metaphoric observation? I’m not going to pretend to know exactly what message is being conveyed, but its angry and full of malice, beginning a tad bit sluggish but building into multiple peaks and valleys, never once sacrificing its purpose of persistently bludgeoning the auditory senses. “Mock Divine Fury” would it really be black metal if there wasn’t a blatant calling out of theistic divinity? You know the answer, and I know the answer, so why not just kick them in the dick a little bit harder and mock not only the Judeo-Christian God, but the very concept of theism itself? Well written both musically and lyrically I’m not disappointed in either message or continuity, there’s no weak points in any part, just a middle finger that leads the album to a perfect ending. The lyrics are primitive and almost insulting to any being of intellect, and I’m pretty sure that’s the entire point.

‘That Which Whets the Saccharine Palate’ is a fantastic album for fans metal in general and especially black metal. Whether they have the ability to see the satirical nature of its content, or just enjoy being enraptured in its chaotic madness. You can only find Yaldabaoth via their Bandcamp, or on Facebook via their label Lycaean Triune.