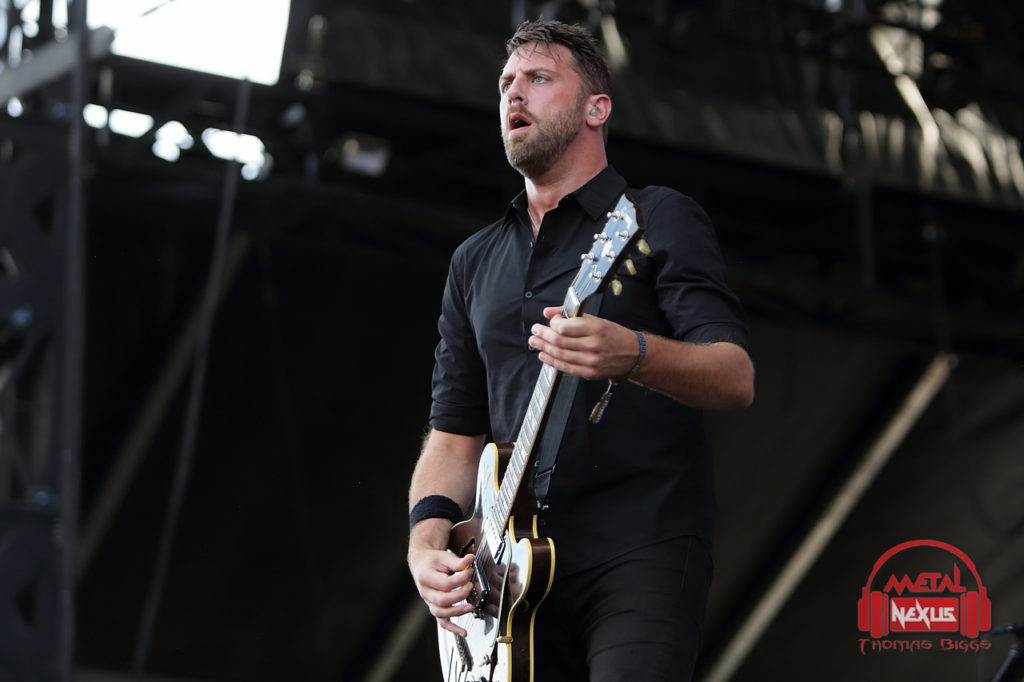 Celtic-American punk rock band Dropkick Murphys formed in 1996 in Boston, Massachusetts. Originally the band just jammed for fun with a goal of blending the music they grew up with which included punk rock, Irish folk, rock and hardcore. It seems like a mess of genres to mix together but the sextet has created a genre all to themselves. Their band includes an array of different instruments that you won’t find on stage at a normal rock or hardcore show. Those include accordion, bagpipes, mandolin, bouzouki, keyboard, bodhran, piano, banjo, harmonica, tin whistle and then of course your everyday hard rocking guitar, bass, and drums. It helps that both Tim Brennan and Jeff DaRosa are multi-instrumentalists and can play 7 or more instruments each. In the bands storied career they have released 9 studio albums. The band’s first 5 albums were all released via independent punk record label Hellcat Records. Since 2007 the band has released everything on their own imprint label, Born & Bred via Alternative Distribution Alliance. Dropkick Murphys biggest hit thus far is “I’m Shipping Up to Boston.” The track was featured on the start studded 2006 Academy Award-winning movie The Departed, and went on to become a Platinum-selling single. Dropkick Murphys is most well known for their super energetic live shows and are beloved in the city of Boston for their St. Patrick Day performances and their charity work in their local communities. The band’s charity The Claddagh Fund was founded by bassist and vocalist Ken Casey. Their mission statement states “The Claddagh Fund honors the three attributes of the Claddagh Ring: Friendship, Love & Loyalty. Our mission is to raise money for the most underfunded non-profit organizations that support the vulnerable populations in our communities.” For more information about the Claddagh Fund you can visit their website here. The band just wrapped up their headlining tour with support from Clutch, Hatebreed and Amigo The Devil. The band has been touring in support of their 2017 album “11 Short Stories of Pain & Glory.”

We had the opportunity to speak with Dropkick Murphys multi-instrumentalist Tim Brennan while the band was in Louisville, Kentucky to perform at the Louder Than Life festival which has now been declared the largest rock festival in America after an incredible weekend that saw 128,000 in attendance. We talk about the bands recent tour with Clutch, Hatebreed and Amigo The Devil. Tim also talks about the bands charity work and also about he and vocalist Ken Casey visiting a sick boy in their community that can’t leave home and sang to him outside his window. Tim and I also talk about the opiate addiction that has hit both New England and their hometown of Boston as well as my hometown in Eastern Kentucky. We also talked about when fans could expect to hear new music from the band and everything they have planned to finish out 2019. You can watch the entire interview below.