BLACK PISTOL FIRE: “One Time We Kind Of Opened For Nas” [Video Interview] 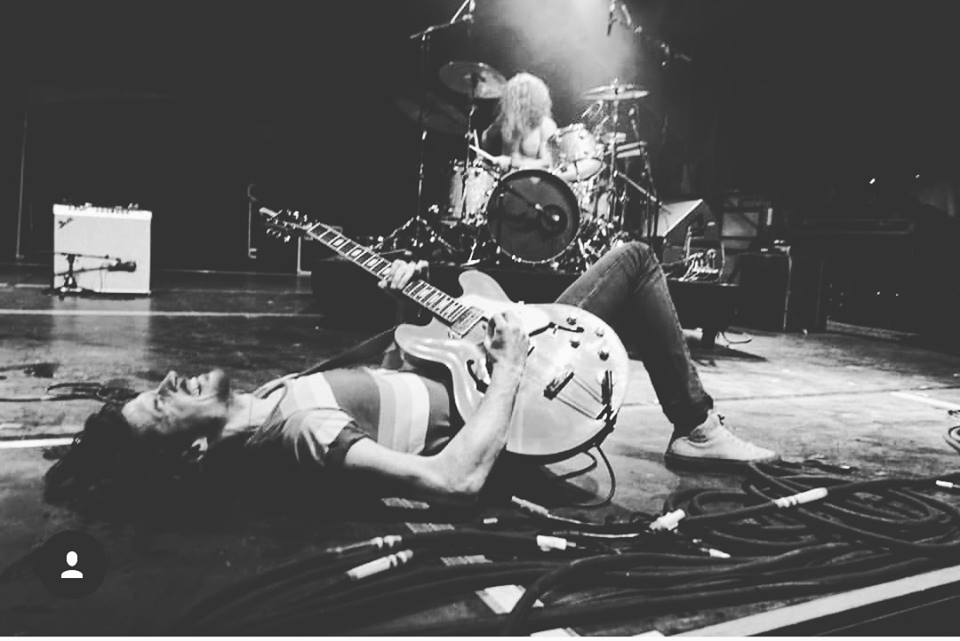 Black Pistol Fire is a high-octane rock duo based out of Austin, Texas by way of Toronto, Canada; composed of Kevin McKeown on guitar/lead vocals and Eric Owen on drums.  Drawing inspiration from blues, R&B and rock greats such as Led Zeppelin, Chuck Berry, Nirvana, Buddy Holly and Muddy Waters; Black Pistol Fire’s gritty and dynamic performances are fueled by undeniable musicianship.  Dubbed the“next big thing” by Huffington Post after SXSW 2013, BPF has developed a reputation for their untamed live performances. Black Pistol Fire has shared the stage with acts like Gary Clark Jr., Weezer, Heart, Wolfmother, The Struts, Black Rebel Motorcycle Club, ZZ Ward, and Band of Skulls.  Their signature sound has been featured throughout television and entertainment.  Their single, “Show Pony” was featured in the Ted 2 official trailer, “Hard Luck” was featured in Toyota’s Super Bowl 50 ad, and they performed their song “Blue Eye Commotion” in a national T-Mobile TV ad.  Their music can also be heard in numerous TV shows including Sons of Anarchy, Castle, and About a Boy. If you thought 68′ or The White Stripes was a powerful duo, you haven’t seen anything yet. Black Pisol Fire’s music doesn’t just speak to you; it screams at you, and its even better heard live.

At this years inagural Epicenter Festival in Rockingham, North Carolina we had the opportunity to sit down with guitarist and vocalist Kevin McKeown and drummer Eric Owen of Black Pistol Fire. We talked about the bands new single “Black Halo” which was inspired by the tragic wildfires that devastated California last year. The bands sound and range of influences allows them the opportunity to play on some unique lineups. One of which is the upcoming Laketown Shakedown where the band will play alongside Snoop Dogg and Sublime With Rome.The band talks about those opportunities and the surreal feeling of playing alongside these veteran acts. With the band playing various festivals around the country this year we also talk about the added pressure of playing to a crowd of potential new fans. Being that Black Pistol Fire is comprised of only two members we inquire about if there is ever times where it feels like a stalemate and not having a third person to bounce ideas off of. Black Pistol Fire has been tremendously successful in having their music used commercially for Pepsi, T-Mobile,Angry Orchard, in video games like Madden and Tony Hawk and even popular tv series like Sons Of Anarchy. We talk about how the guys felt seeing their music used in these varying forms of media. You can see the entire conversation below: