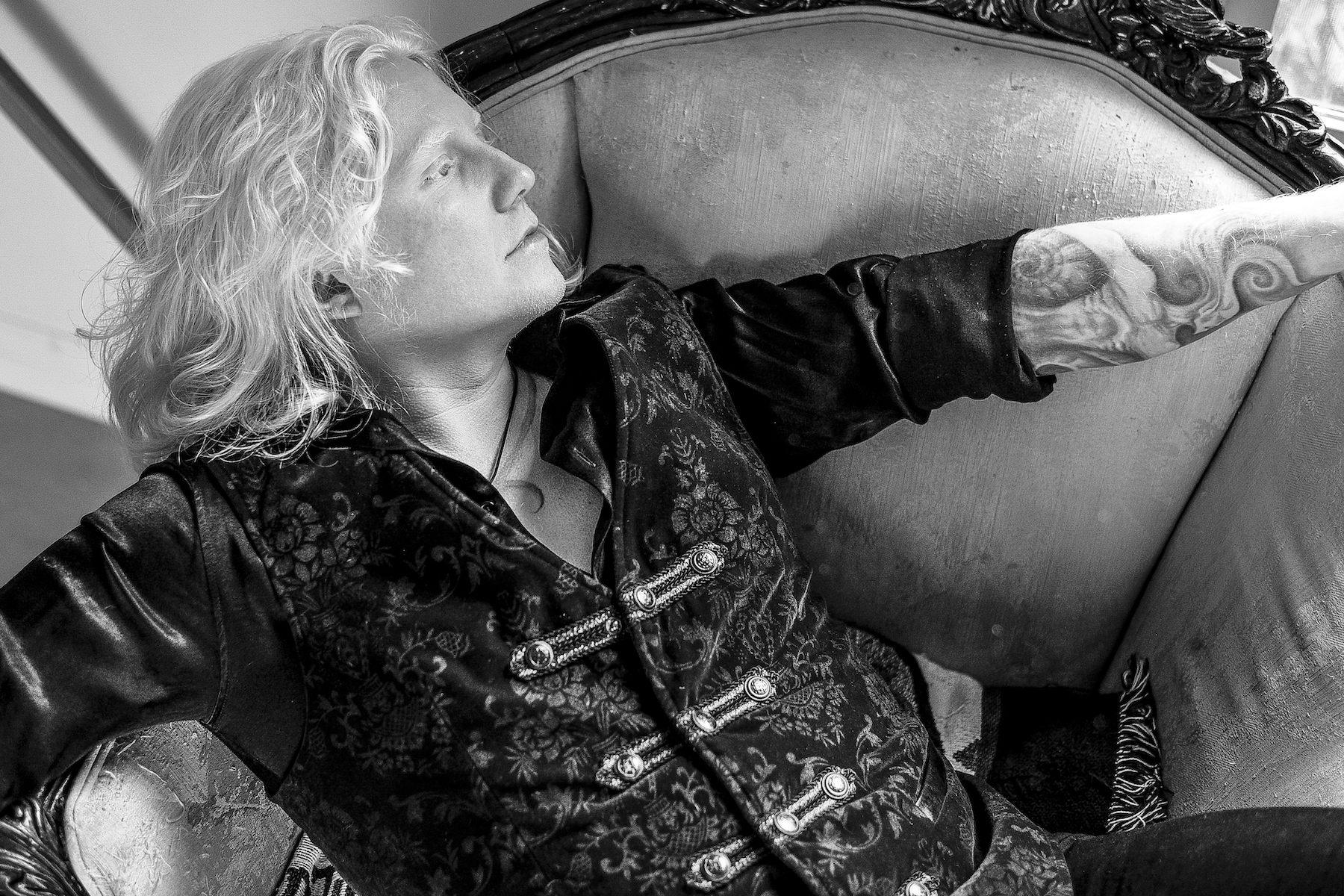 KALEN CHASE, whom you might have come across from his work with VIMIC and KORN has released a brand new track from his solo venture, titled, ‘Let Them Come‘. A departure from the hard rock and metal vocal style, this one brings on the board some really melodic, sing along clean vocals that I am sure the softer side of the metal fans would cling on to. Listen to it below.

Chase speaks on the track as follows,

“I actually recorded Let Them Come before Good Things. Let Them Come started last year in Nashville when I was tinkering around on my guitar. I tuned my guitar down really low until I got this cello-like sound and my brother Nick Morris – whom I collaborate with a lot – went “what is that!?” to which I responded, “I don’t know, but I think it’s good…” So, the riff for Let Them Come happened first, and immediately I thought it had to have a chant. I started humming and eventually that turned into “say bye bye to the old ways, old ways”. The entire song came from this and we pieced it together like Frankenstein.

The whole concept for Let Them Come is that there’s the young, the old, the new; there are inherent rights and wrongs, but time is always changing. We’re always evolving, but the one constant is that we’re all mostly ridiculous. Life can be pretty comical. If an army of youth and reason tramples us all and we’re all turned to dust, it will still be hilarious. So “Let Them Come”: don’t take life so seriously. It’s about poking fun at, and honoring, everyone.“

Also, in case you missed it, Kalen announced his new single and solo effort, ‘Good Things,’ which features Brian Viglione of THE DRESDEN DOLLS on drums, available on June 26, 2020.  Though it’s a departure from his metal roots, the track serves as a crossover to his singer/songwriter project and will cater to both dedicated fans and new fans of the novel sound.  In 2006, Chase joined KORN on tour, primarily on backing vocals, and can be heard and seen in the MTV Unplugged: Korn, released in 2007, where he was featured playing an exotic array of instruments. He remained with Korn – often seen as The White Rabbit – until 2008. Additionally, he has worked extensively in the studio providing backing vocals for artists including 10 YEARS, POP EVIL, DRAGONFORCE and singing on the Lego Batman movie soundtrack. While working with KORN, Chase fronted the band THE CHANGING, where he collaborated again with Jonathan Davis. His career in metal would continue as the lead vocalist for the band SUPERFIX, before joining forces with Joey Jordison (formerly of SLIPKNOT) as the lead vocalist for VIMIC in 2016.

You can also check his latest originals ‘While You Hide‘, ‘Dear God‘, and ‘All in All‘ can be found on collaboration project HiFi Americana, released in March 2020, on YouTube. ‘When the Sun Comes Up‘ was written, recorded, and released in March 2020 amid the COVID-19 pandemic to inspire a little hope in all the madness.

Hi, Rattlehead here. I'm from India, and I'm obsessed with metal of all sub-genres but mostly into thrash and death. I also love other genres, like jazz, funk, rock, some punk, a bit of blues, some country, but well, metal is where I feel at home. I'm always on the run discovering new music. Fanboying Megadeth since I was 13. Love to talk about metal, sports and a little bit of everything here and there. I also love dissing your god, I love food, seeing metal gigs, traveling and also a metal merch and record collector. I hope you like what I write and the music I suggest you. Please do share if you like. Cheers and stay heavy \m/
View all posts by Rattlehead →